My books are available on Amazon.com and through Barnes and Noble.

If you’re local to the Russellville, Arkansas, area, you can purchase the books at Dog Ear Books in person or through their website.

What if family obligations conflict with following your heart?

Former child star and aspiring singer, Taylor, lives in the shadow of her sister Jordan’s fame. Having a celebrity sister sounds like a dream, but the perfect facade shatters when Jordan unleashes her cruel, manipulative wrath on Taylor.

Afraid to open her heart to anyone, Taylor struggles to find her voice while spending time with Layne, a former boy band member overcoming his own issues. She tries to keep Layne at a distance to protect him from Jordan, but he won’t go without a fight.

Will Taylor find her own cadence, or will Jordan destroy everything she’s worked for? 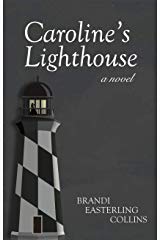 In the mid-1800s, Caroline Marshall was forced to accept the marriage proposal of an attorney from a neighboring town. However, Caroline was in love with Thomas Cooper, the caretaker of the Bettencourt Estate Lighthouse and an orphan whom the family had taken in several years prior. At seventeen, Caroline took her own life by leaping from the top of the lighthouse. Upon learning what she had done, Thomas did the same.

Following the tragedy, the lighthouse was locked and never used again. In the years since the lovers’ suicides, people in the small town of Bettencourt, Virginia, watch as the abandoned lighthouse glows every year on the anniversary of Caroline’s death. The estate is rumored to be the most haunted place in town, riddled with tragedy for anyone who tries to live there.

In 1996, fifteen-year-old Caroline Douglas, named after the legendary ghost, visits the estate that has been in her mother’s family for generations. She’s not there long before strange things begin to happen. With help from her family and her best friend, Bo, will Caroline be able to solve the mystery surrounding the haunting of her inherited home before it’s too late?

About What I Learned That Summer:

At almost sixteen, aspiring writer Kincaid Walsh isn’t thrilled about spending the whole summer with her grandparents and aunt at their small motel in Arkansas.

Away from her friends, Kincaid agrees to her grandfather’s challenge to write down every lesson she learns during her time there. As Kincaid struggles to heal from her painful past, she learns more than she ever imagined when she meets one of her writing idols.

When they’re forced to work together, Kincaid is annoyed by Joseph, the teenage maintenance guy, but she soon realizes he’s hiding heartache of his own.

What other lessons will her summer hold? Only time will tell. 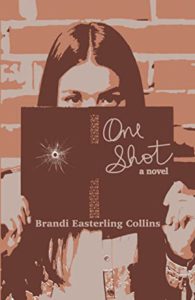 What happened to Julia Manchester?

When 13-year-old Julia disappears after a babysitting job, her older sisters Charlotte and Liv fear the worst. With their father running for president and their mother a retired actress-anyone could have taken Julia.

Exhausted from growing up in the public eye, the Manchester sisters want every spotlight shined on their family to find Julia-if they can convince the police she’s not a runaway.

Soon, Charlotte’s boyfriend Vincent suspects there’s something sinister about Julia’s disappearance, but Charlotte doesn’t know what to believe or who to trust.

Will Julia make it home safely, and will her family ever recover?