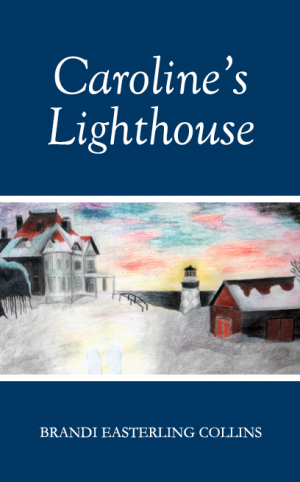 I have so much to be thankful for this year. On Monday, I received word from the publishing company that Caroline’s Lighthouse was available on Amazon and the Archway Bookstore. Very briefly during the second day after announcing its availability via Facebook and Twitter, my Book was #95 in the top 100 of one of my categories. I’ve dropped out of that now, but I was there! Soon, the Ebook version will be available, which will be a cheaper option for those who wish to read it in that format.

I am thankful for the amazing support of my friends and family and humbled by the positive messages people have sent me about their wishes for the success of my book. I sincerely thank everyone who has cheered for me, shared the link or purchased a copy of the book.

I also appreciate people who are reading my blog posts and taking time to let me know that I’ve reached them in some way. It took a long time for me to gain the courage to put my thoughts out there for the world to see. I am diligently trying to write the truth about my feelings without hurting others, which is why I have not used names for certain posts. According to Google Analytics, my personal posts are getting the most hits. My love history, my ugly post, my love post and my recent post on fear have been the most popular.

END_OF_DOCUMENT_TOKEN_TO_BE_REPLACED

So, I traveled for work last week. I drove to the airport, flew to DFW, and took a 20-minute taxi ride to my hotel to go to a conference on licensing. Trademark licensing and editing are my day jobs at Arkansas Tech University, and I love them almost as much as I love writing. The conference allowed me to connect with a group of like-minded people I could chat with about issues we all experience in our roles as licensing directors.

My travel experience was pleasant. I don’t mind flying at all. In fact, I kind of love traveling occasionally. I enjoy people-watching in the airport. My flight was on time, and I finally had some uninterrupted time to read. I started reading The Girl on the Train by Paula Hawkins. I like the way it is told from three different characters’ points of view in first-person. Of course, I did watch the movie a couple of weeks ago so I know what’s going to happen for the most part. I figured the book would be better than the movie, which is almost always the case.