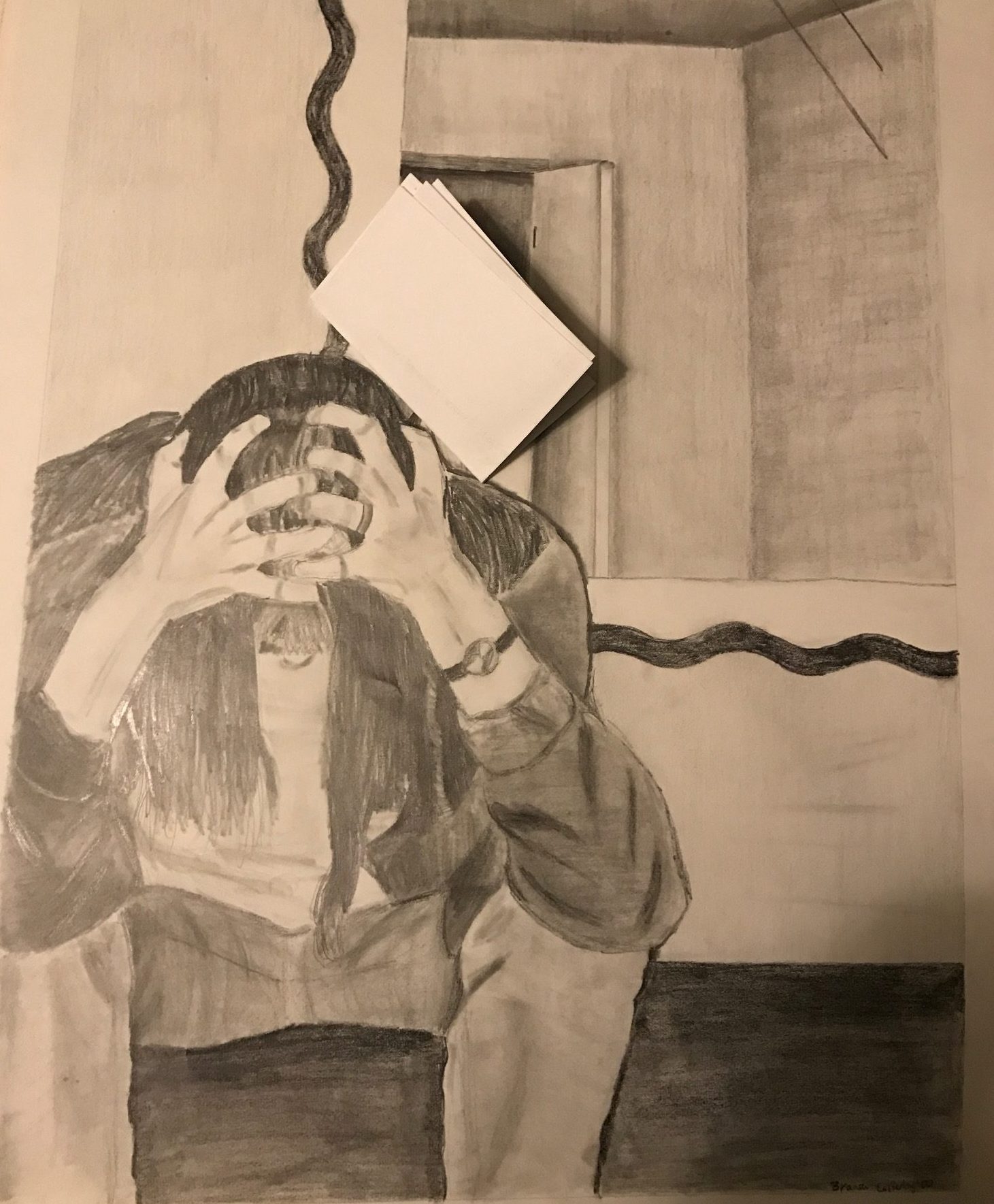 “Under Pressure” Pencil. 2000. (I covered up a section to avoid identifying a person.)

Being a mother is stressful. So is being a wife. And being a woman in general. I try so hard to be good at my many jobs and wear many hats, but most of the time I feel like I’m juggling and the joke’s on me because I can’t juggle. I put a lot of pressure on myself.

I’ve wanted to be married and be a mom for as long as I can remember. When I was in high school, I dreamed of falling in love, getting married, and having children right away. I couldn’t imagine not having children soon after getting married because I didn’t think I would be able to maintain enough conversation with a guy who would choose to be with me. I was so clueless. It sounds silly now because my favorite person to talk to is my husband, and only about half of our conversations are about our children. END_OF_DOCUMENT_TOKEN_TO_BE_REPLACED

END_OF_DOCUMENT_TOKEN_TO_BE_REPLACED

Humble beginnings: I have mentioned before that I started writing novels when I was 13. I hand-wrote them in pencil on notebook paper. (I have scanned them and saved them digitally now in addition to keeping the originals.) Between the ages of 13-15 (or 18 if you count the typing of the last novel) I wrote 7 book-length stories: Night and Day, When Does Life Begin?, Four Hearts, Jordan’s Sister, Just Taylor, One Shot, and Caroline’s Lighthouse.

As I look back at all of the stories, the first two are only salvageable if I part them out for dialogue or characters for other stories. (A polite way to say they are total crap and I watched way too much 90210 and Melrose Place-shows I was way too young to be watching-while writing them.) The third has a sweet story line, but needs a ton of work. The next three, however, have potential. Of those, two of them are about the same characters and will be combined for my next novel rewrite, Jordan’s Sister, which will be combined with Just Taylor. The story has been churning in my head and will be vastly different from the original draft, but will pull from a lot of the angst I captured at 14 to provide depth to the characters, who will be in their 20s in the rewrite. I estimate one year to complete the rewrite on that one. After that, I will work on One Shot and see what happens after that. END_OF_DOCUMENT_TOKEN_TO_BE_REPLACED