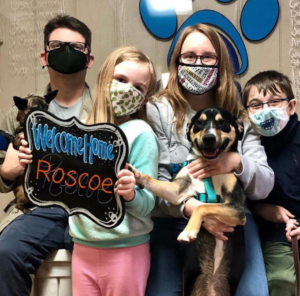 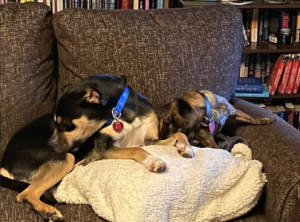 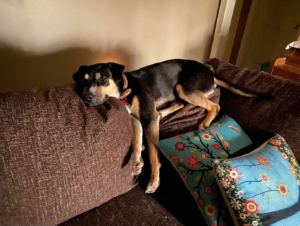 I’ve grown up with pets for as long as I can remember. My Easterling family seemed to have an affinity for the feline and canine variety of pets and the Russell side, especially my Aunt Diana, whom we sadly lost about two years ago, loved dogs. 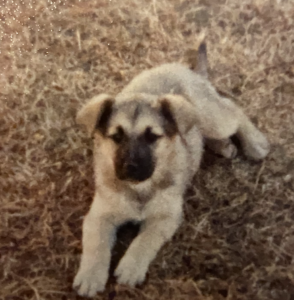 The first dog I remember loving was Lucy Ann. She was a little mutt puppy I named after a character on a TV show that I believe was called The Littles. I was 4 or 5 years old at the time. I know she died soon after I got her, but I’m not sure how, but I sure loved that little dog and missed her when she left us. 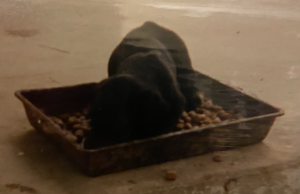 Next was Bobby. He was a Labrador-Doberman mix who was all black except for a white stripe all the way around his waist from where he was caught in the zipper of a sleeping bag when he was about six weeks old—just a few weeks before we got him. I remember feeding him in an old metal cake pan, and he was so small that he would just lay in the whole pan to eat. Bobby stayed with us from the first home in which I lived with my mother and stepfather through our move to our next home and the birth of my little sister, Kelli. END_OF_DOCUMENT_TOKEN_TO_BE_REPLACED