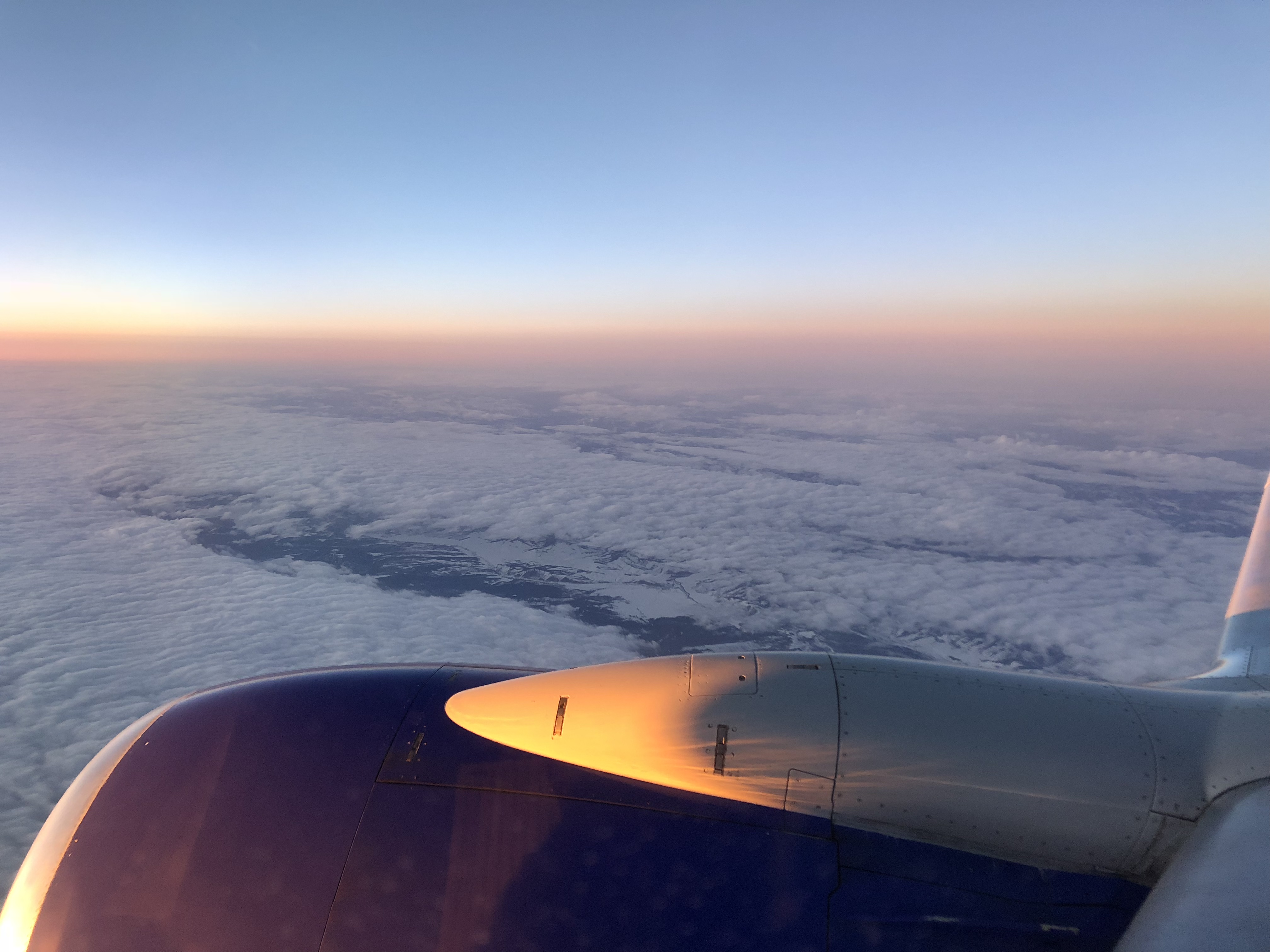 One of the perks of my job at the university is the privilege to travel for professional development. During spring break (for the college students and my elementary school children), I attended the 2018 CASE Editors Forum in Seattle, Washington. Not only had I never attended this conference before, but I’d never been to Seattle.

Due to having to fly across two time zones (I live in Arkansas) and the start time of the conference on Wednesday, March 21, I had to travel the day before. It was interesting, to say the least. For the first time ever, I set off the metal detector at the Little Rock Airport. What parts of my body? My ankles and my right back pants pocket. Weird.

After a public frisking and bomb-residue test (firsts for me), I was on my way. It was also my first experience flying Southwest Airlines. It was odd not being assigned a seat but not unpleasant. The airline boards based on a boarding group number assigned at check-in. The earlier one checks in, the better the number. I was at the beginning, so I was able to choose a nice comfortable window seat near the back of the plane. I wasn’t in a hurry on the way over since I had a three-hour layover at Dallas-Love Field.

A delayed first flight cut into my layover time by 30 minutes, but it was no big deal. I had plenty of time to eat lunch and make a huge dent in the book I was reading on my Kindle app, Of Blood and Sorrow, by Christine Rains. A well-written vampire/demon urban fantasy story. By the time I boarded my second flight, which was much longer, I only had a couple of chapters left.

During the flight from to Dallas to Seattle, I read Broken Tomorrows, by KT Daxon, a book I’d been anticipating for a while. I actually won an autographed copy from the author through a contest on Twitter. I was thrilled to have it but didn’t want to risk losing the novel while traveling, so I bought the Kindle version to read during my trip. I read the entire thing while flying at 36,000 feet. The book was incredible. Check out my review on Goodreads. Luckily, I had brought along another book, The Bookseller, by Cynthia Swanson, which I started during the last leg of my flight and finished while flying home.

END_OF_DOCUMENT_TOKEN_TO_BE_REPLACED

Netflix just released a series, “Thirteen Reasons Why” based on a book of the same name by Jay Asher. The book was published in 2007 but is still extremely relevant ten years later. It deals with the aftermath of a scary subject: suicide. I read the book, then binge-watched the series over the weekend. I think it should be required reading/viewing for high school students. I am still recovering emotionally after experiencing the raw emotions contained in the novel and internet series.

The message: You never know what someone else is going through, even if they try to tell you. You can never truly be in someone else’s shoes. You never know what words or actions can mean to another person. What seems insignificant to one person might be earth-shattering, world-ending, or soul-crushing to another. This is never truer than when that someone is a teenager. Teenage brains are not fully formed. Their hormones play into that as well. They can’t always see past the “right now” and think about things getting better in the future. Right now, suicide is still the second-leading cause of death for teenagers.

END_OF_DOCUMENT_TOKEN_TO_BE_REPLACED

I am currently rewriting a novel called Jordan’s Sister, which is about a singer/songwriter named Taylor who is trying to break free from her past and step out of the shadow of her sister’s fame while getting to know a former child singer, Layne (male). I have been thinking a lot about music and songs in general while I have been writing my draft for this story. Layne’s song was fun to write. If only I could sing, I could let you all know what it sounds like in my head.

I think of my character Taylor as a singer who sounds like strong female singers like Avril Lavigne and Christina Perri. I think of Layne as a singer who sounds like Edwin McCain and Jason Wade of Lifehouse. While I am thinking about my characters, I am also thinking about what their favorite songs might be and why. According to US Copyright law, song titles are not protected by copyright, so I can reference songs in my writing as long as I don’t mention the specific lyrics. This is so valuable because songs can convey so much by making you think and feel and be transported back to another time in your life. Taylor’s favorite song is “Jar of Hearts” and Layne’s is “I’ll Be” which are listed below in my top 10.

I have thought about writing this post for the past few weeks, narrowing down a list of my top 10 favorite songs and why. For someone who loves music as much as I do, it was extremely difficult to keep the list at 10, which is why I also have 15 honorable mentions. My top 10 favorites are in order, and had to meet my requirements of being recorded by the artist or artists who wrote the song. All of these songs are on my Spotify playlist of what I consider great songs, which currently contains 138 songs (9 hours, 42 minutes worth of music) that I consider amazing performances and excellent songwriting. I have a separate list for Guilty Pleasures that contains songs that I like, but don’t necessarily consider amazing songwriting, an example would be “Call Me Maybe” by Carly Rae Jepsen. I really like the song because it’s fun and catchy, but it isn’t what I consider great like another of her songs “Tug of War” which didn’t quite make the cut on the top 25 included in my favorites and honorable mentions.

I made another list for songs that were popular during 1996 when the main storyline is taking place in Caroline’s Lighthouse. Listening to that playlist while I wrote helped me time-travel back to feeling 15 again when all of my emotions matched those of Caroline. I appreciate how music can do that. You want to know how one character feels about Caroline? Listen to “Hold On” by Jamie Walters and you’ll know. How does Caroline feel about her life in general? Listen to “I Shall Believe” by Sheryl Crow.