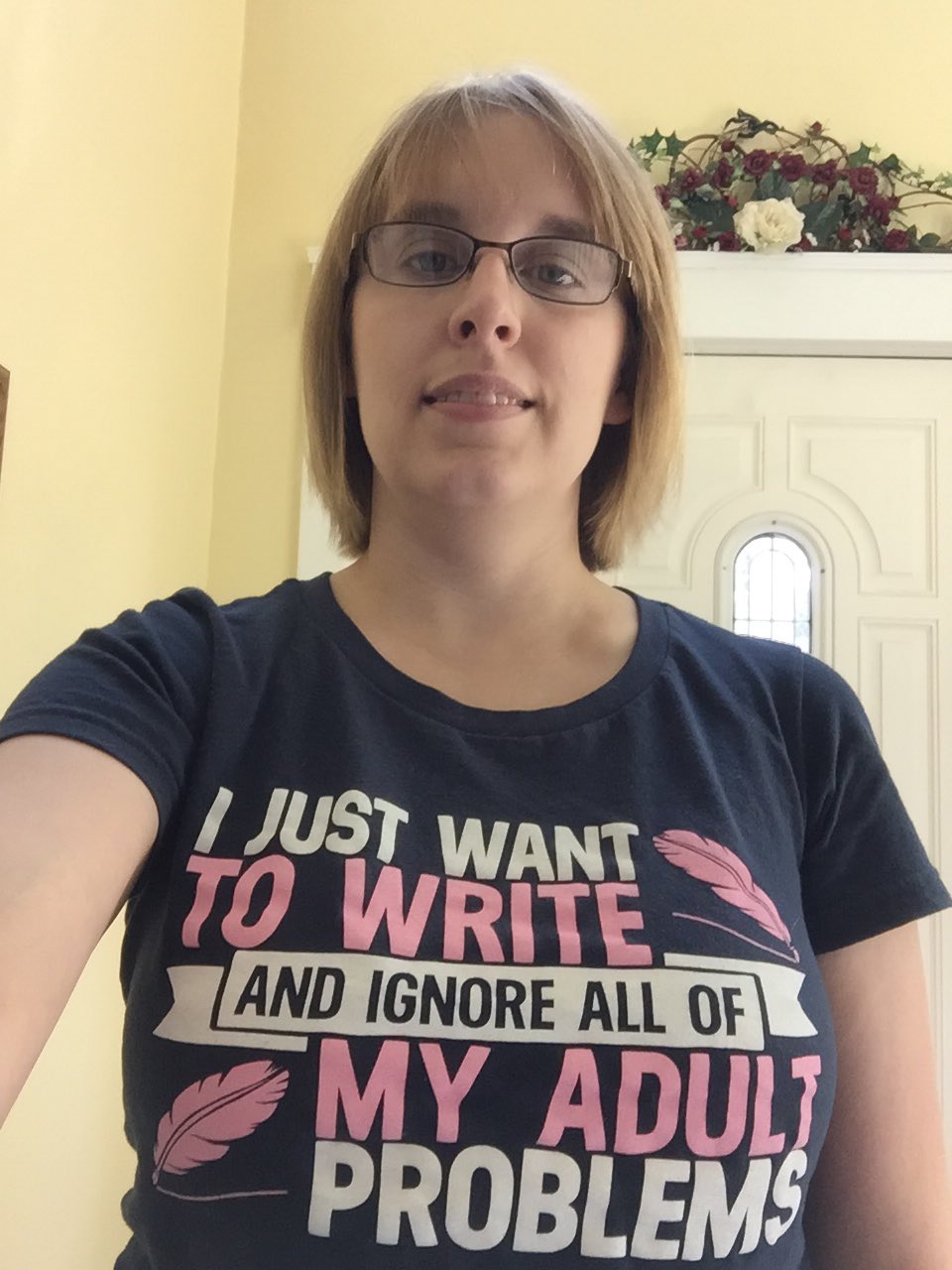 Right now I am playing the waiting game with Caroline’s Lighthouse. I received word today that the manuscript has passed the initial review process. It is with Archway Publishing undergoing content review and I expect to hear back within one month. Basically, they are checking for copyright violations, hate crime depiction or evidence of plagiarism. Since I have done none of those things, I am not worried. While I am not worried about those things, I am worried about some blatant error that I might have missed in the manuscript. Waiting is difficult because I am not a very patient person.

In the meantime, I am working on my next novel, which is a combination of two previous ones and will be a complete overhaul rather than the partial one that Caroline’s Lighthouse became. Caroline’s Lighthouse is aimed primarily at young adults, but adults can enjoy it too due to the fact that the epilogue is set present day with adult Caroline reflecting on her life. Plus, a lot of adults including myself enjoy well-written young adult novels. I loved The Hunger Games trilogy. I devoured all three books within five days to the point where I was reading in the car while my husband drove, during my lunch breaks and while cooking dinner for my family.

END_OF_DOCUMENT_TOKEN_TO_BE_REPLACED

Cobblestones near the wood-stove
Were often houses and roads
For the sisters’ matchbox cars
During stormy summer nights
When their game was make-believe.

They made elevators of
Sheets for stuffed dogs and dolls on
Stairs where little sister’s head
Got caught in the banisters.
Momma’s butter stopped her tears.

The circle driveway became
Never ending when their bikes
Were not locked in the garage.
Traffic accidents ended
Then with only bleeding knees.

Three sisters help pack boxes.
They can’t pack the cobblestones,
Or the staircase where they played.
But nothing is forgotten,
Because all homes have old dreams. 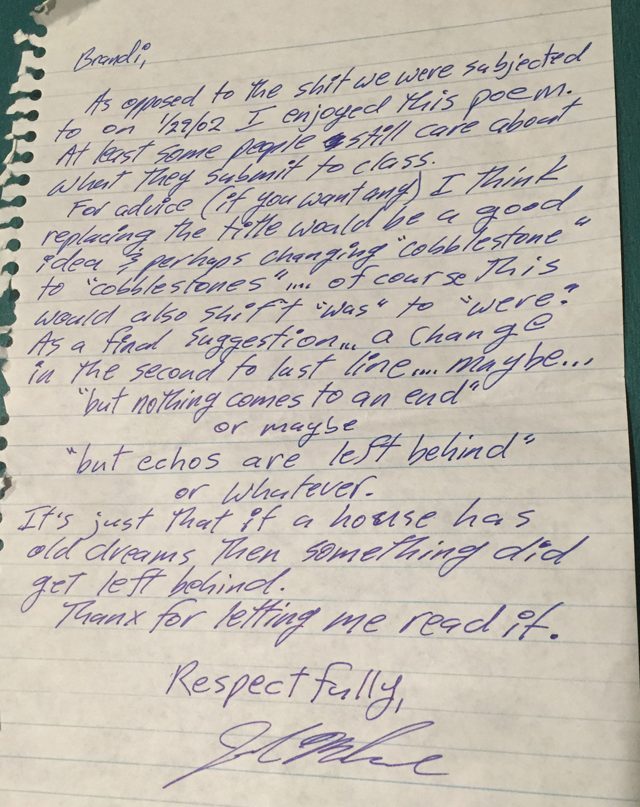 I was always grateful to receive constructive criticism on my work. This person was blunt, but influential, as apparent by the fact that I have saved this note for more than fourteen years. He’s the same person who commented on Too Much. I made some of his suggested changes and took his other thoughts into consideration to get the final poem. Ultimately, I did not take his suggestion to change the title because I felt very strongly about leaving it the same. I didn’t take this person’s suggestions word-for-word on fixing the last stanza because then it wouldn’t be my work.

The original last line was:

But nothing is left behind
Because all homes have old dreams.

I did, however, change my words to convey the message I meant to while maintaining my seven beats per line rhythm. Seven beats had the significance of representing the seven years difference in ages of the oldest and youngest sister. The poem was better after the changes. Sometimes what I write gets in the way of what I’m trying to say.

The night my youngest sister was born was also the night I lost my first tooth. I will never forget that night. I didn’t realize until much later how significant that night was. It was the first time the tooth fairy visited me, before I realized the true origin of the tooth fairy. I thought about that tonight, as my son lost his top front tooth. I had to drive to my mother-in-law’s house to get a dollar for the tooth fairy to leave behind. I should have been more prepared, considering that the tooth was barely hanging on. While friends’ kids may get more money for a tooth, the tooth fairy has not considered inflation in my house.

My stepsister and I were playing at her grandmother’s house waiting for news of the new baby. Mom had known all along she was having a girl, but I was hoping she would have a boy so that I could have all of the girl clothes for my doll. I was only six, so my thoughts were selfish. We were playing a game in the dark, trying to find each other. Well, my stepsister found me, in the form of her arm slamming into my mouth. Out popped my tooth, and Grandma placed it into a sandwich bag for safekeeping. I was only mildly traumatized by the blood involved.

That night, my stepdad picked us up and told us all about our new sister. I was upset that my mom had to stay at the hospital. I placed that tiny tooth under my pillow that night and the next morning found a dollar where my tooth had been. Even with all the excitement of the new baby and taking care of us kids by himself, my stepdad remembered to take my tooth and leave a dollar.